Whether it is to stop and stare at it or brag about having climbed it, Mount Kilimanjaro, is a must do hike for travellers in their 30's and 40's as it rise heavenward to lance the skies and then rushing earthward to meet the surge of alpine forests and lush grasslands is perhaps one of Tanzania’s most enduring images. Rip your eyes away from it and the country opens up to reveal facets that are as nuanced as contours of its landscape. Tribes such as the Barabaig, Masai, and Chagga fleck the landscape with their own disparate customs; walking into their lives whether momentarily or at length gives and understanding of the dynamism this country owns. With nineteen game reserves spread across the country – Serengeti and Arusha being the most well known – a plethora of wildlife leave their footprints upon the grounds here. Lake Victoria, the largest freshwater lake in Africa, reaches out to link Kenya and Uganda and beaches hug the country’s southeast coastline. The Indian Ocean gurgles, whispers and foams in accordance to its changing moods around the islands of Pemba and Zanzibar, both idyllic little spots – the former encased in rolling hills and coral reefs and the latter, home to the historic Stone Town with its narrow alleys and Arabian townhouses. There is much to experience here, not least its cuisine and a chat with its friendly population.

Best time to visit: is during the Dry season, from late June to October, when wildlife viewing is generally at its best. The wildebeest migration in the Serengeti is usually during June and July and the time to see the wildebeest calving is late January to February.

Weather and Average temperature: Tanzania has a tropical climate and there are generally two rainy seasons; short rains are from October to December and the long rains last from March to June. The average summer temperature in Tanzania is 31C (89F) and the average winter temperature is 16C (61F). 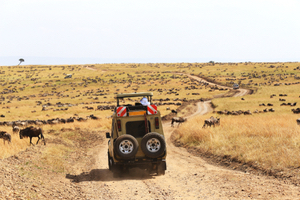 Keep a sharp lookout for the Big Five that haunt these hallowed grasslands. Get close enough and live out a fraction of life that is the everyday tale of capture and evasion for the birds and beasts that walk this land. 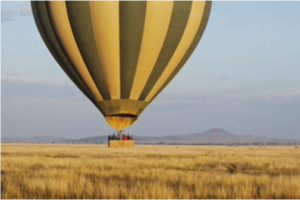 Cast an aerial glance at the vastness of the park as you break out of the morning sky and watch the herds of hippos, zebras, elephants and wildebeest reveal themselves and scatter or stand ground in defiance at your approach. 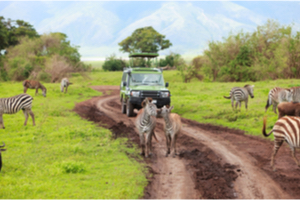 Ride across the floor of one the world’s largest craters and come face to face with its diverse vegetation and innumerable wildlife that serve as exhibits to adorn an already beautiful landscape. 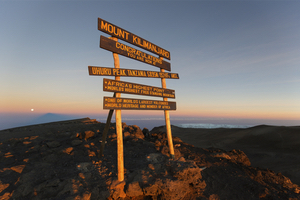 Afford yourself a pat on the back as you trudge through a changing terrain of alpine meadows and verdant forests until you crest Africa’s highest mountain (over a 5 day effort) at dawn when the sun washes the barren tops and moon like landscape with a gilded eye. 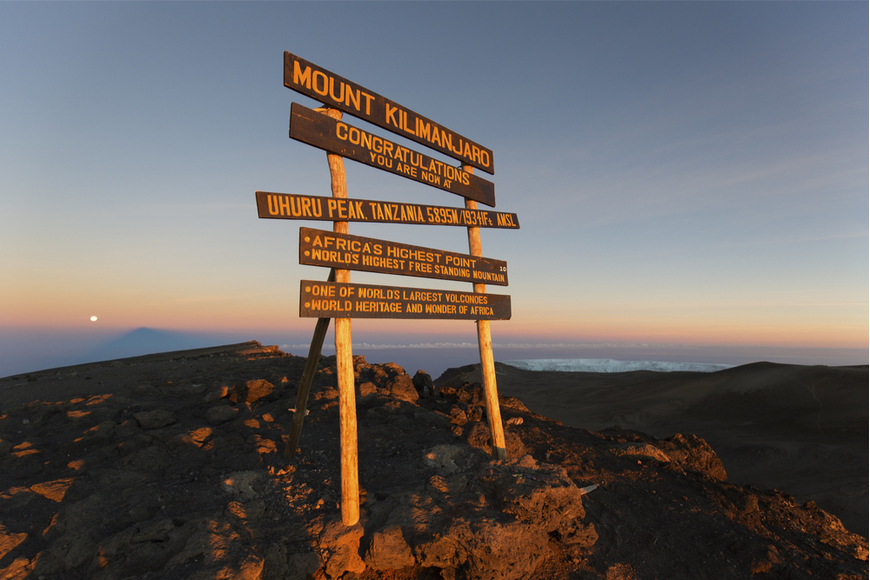 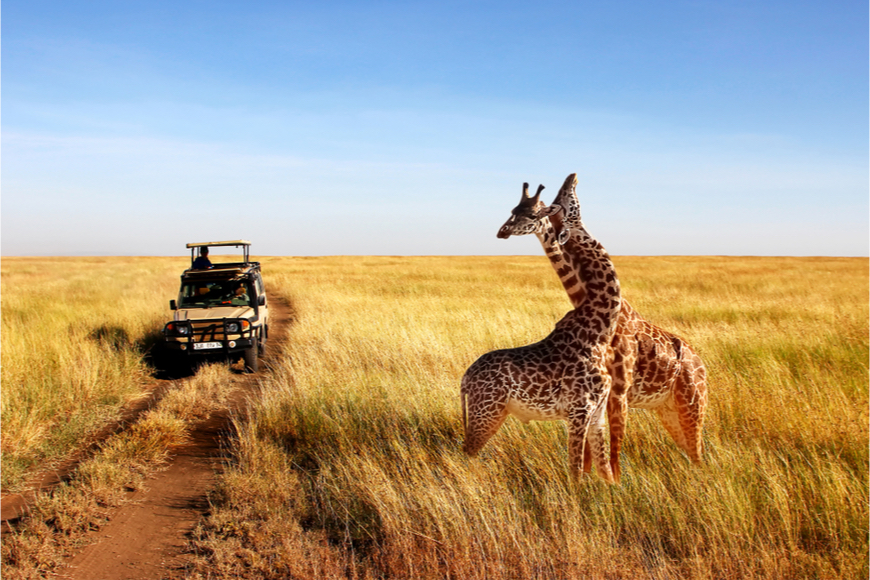