A country that’s as layered as the treasures that adorn the shelves of an antiquity shop, Morocco is a veritable travellers paradise that warrants a closer look – a twist, a turn to gauge its complexities from all angles. A sense of the past lies indelibly among the winding lanes of Medina, Marakesh and Fez where the famous souks hum with activity, interspersed with the occasional call of the muezzin. A heady concoction of life as it is – conjurers, street theatre, snake charmers, traditional music punctuates the length and breadth of the country and endorses its exoticism. Whole shades of blue and white envelope quaint old towns such as Rabat's Oudaias Kasbah, gold and orange merge seamlessly in the ancient Ait Ben Haddou fortress while the Dades Gorge plays with raw browns, bright green and catches the blinding white of Mt. Atlas in the distance. Orchards and mountains beckon travellers to traverse their paths, shifting sands in the dunes of Erg Chebbi to explore the possibilities of camel safaris, and the quiet, laidback seaside town of Essaouira with its café scene and seafood culture adds to the country’s mix of charms. Arab and African influences mold together to cook up experiences as diverse as its culinary delights – experiences as ubiquitous as the mint tea served by generous hosts and friendly citizens alike makes Morocco a must visit for people in their 30's and 40's.

Best time to visit: is during spring (mid-March to May) or autumn (September to October). The weather is warm but pleasant, unlike the cold temperatures and snow of winter, or the scorching heat of summer. The coastal regions can be visited year-round.

Top Dishes to try: Couscous – beef, lamb or chicken stewed with an assortment of vegetables, and then arranged on a mound of tender, steamed couscous grains. Zalouk: an aubergine and tomato salad, Maakouda: crispy potato fritters 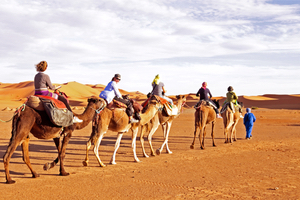 Camel Ride In The Sahara Desert

Watch the ribbed patterns of sand shift and collapse against the whims of the wind as the rhythmic gait of your camels propels you straight into the middle of a desolate landscape where giant dunes sit brown and mute. 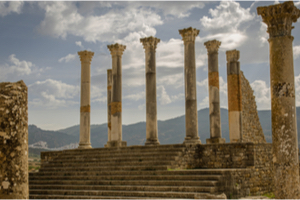 Climb up to the ruins of this ancient Roman site that was founded in the 3rd century BC. Discover its history, its fascinating mosaics, crumbling temples and fallen columns, topped with a view over a vast plain that changes colour with the season. 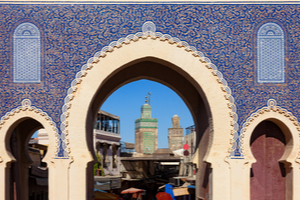 There’s one thing to be said about swiveling your head too much on account of things to see while crossing the back alleys of Fez – you’ll never get hit by a car! Watch out for hand drawn carts though as you step into this traffic free domain which still preserves remnants of a life that existed during the 9th century. 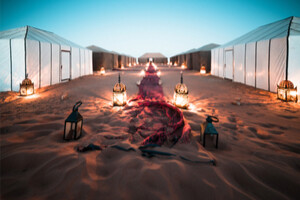 As night steals over the empty landscape, converge over a welcome fire, stretching your hands towards its warmth, listening to the Berbers sing tunes of happiness, love, and loss while the stars scribble a milky pattern across the sky. 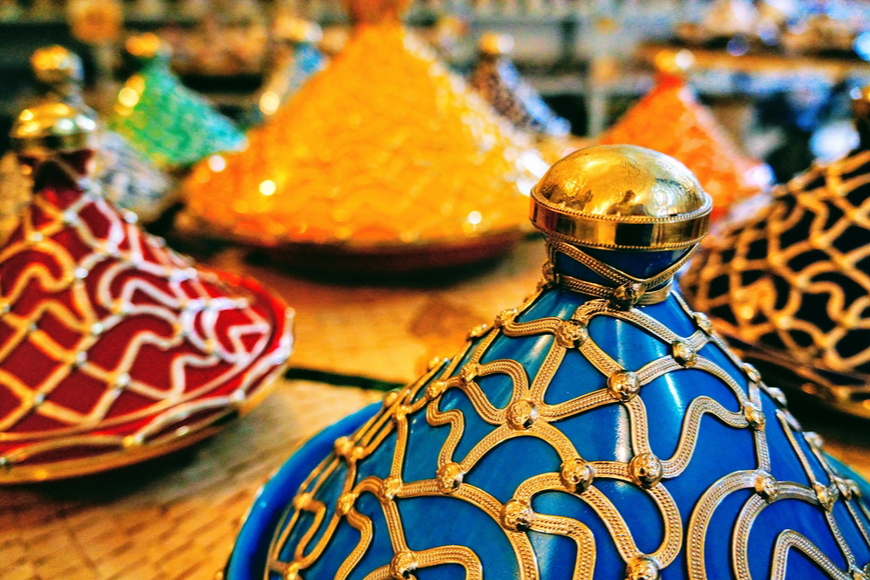