As if to keep up with the many ethnic groups that call this island nation their home, Sri Lanka’s landscape is just as diverse, appearing resplendent in an emerald coastline fringed with palm trees but also wearing its tropical forests, lush spice gardens, green paddy fields and tea plantations, further inland, like an amulet for the proverbial treasure seeker. Kissed on all directions by the Indian Ocean, it obviously owns some of the world’s best beaches all with a distinct local character but it’s not just only about beaches, sand and sun. Sri Lanka is also about art, culture and history – it’s own extant local history dating back to the 4th Century BC now preserved in the ruins of ancient kingdoms, rock caves, fortresses and temples, as well as a history of embedded European influences for over a century now reflected in old garden bungalows and the often visited Dutch Fort. It is also a land that’s moulded as much by its culture as by its religion where ancient relics and temples are the source of sustenance to many, and where Buddhist faithful, Hindu beliefs and many festivals sketch an already colourful tapestry. Elephants wander in pristine reserved forests and dolphins flip whimsically over blue waters and what of the food? A concoction of colour and aroma, easy for the saliva glands to work just past overtime!

Best time to visit: It may sound cliched but Sri Lanka is genuinely a year-round holiday destination for travellers in their 30's and 40's, although the best time to go to Sri Lanka is between December and mid-April, which is considered to be the peak season. Climb the nearly vertical Sigiriya Rock springing up in the middle of the forest and catch your breath over the palace complex, its gardens, frescos and vistas of forest cover alike once you've made it to the top.

Walk among the largest herd of captive elephants in the world and watch them interact, bathe and cuddle at an orphanage that's targeted at their eventual rehabilitation. 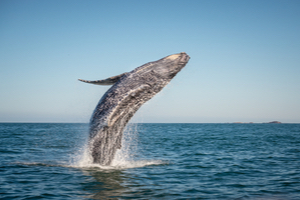 Latch onto the window of 6 months between November to April where the waters are calmer and chances of catching a whale leaping out and nose diving into the ocean are a major probability. 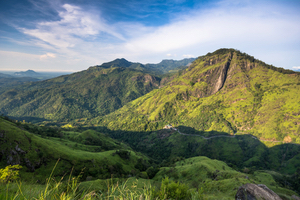 Wake up in the early hours of the day and stretch your legs over the 2243 metres Adam Peak, believed to be Adam's retreat after he was exiled from the Garden of Eden. Sacred to Buddhists and Hindu's alike it doesn't take a believer to bask in its beauty.